As the name implies, Play N Go is a slot provider that focuses on keeping people on the go entertained. Indeed, this game provider has developed a solid back-end which enables them to power some of the most engaging games across all devices. And in multiple jurisdictions which naturally include India.

Play N Go aims to be the best when it comes to adult and responsible entertainment. And to prove their commitment, in 2019, the company join many others to promote the second edition of the responsible gambling week.

2019 marked a year of innovation for the studio who has deep roots in Scandinavia. In fact, this year they’ve released an average of 3 games monthly. And consequently, have added around 30 new games to their catalogue which already included 350+ titles. The most famous ones are the Hugo’s series and rock trilogy which include titles such as Demon, and their most recent hit, Black Mamba.

In the past years, Play N Go made the headlines frequently for the awards it won thanks to the quality of its offering. But also for its efforts in promoting gender equity. Because of this, this studio keeps on making fans with every new release.

As a provider who wants to be best at what it does. Naturally, they offer many casino games and of different genres to appeal to as many players as possible. And certainly, the diversity of their game portfolio is an appealing factor for most Indian players. But also, their name is a synonym for games of chances that offer fair winning odds. 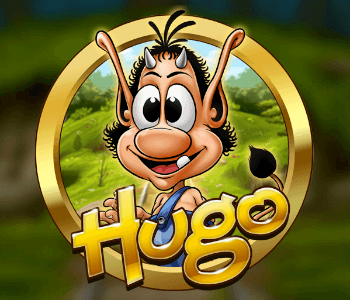 This game provider is one of the few to reveal the volatility index of the games it releases publicly. And by having this information on hand players with extensive slot knowledge can make an informed decision when playing their slot. And a decision based on more than just the graphics and feature of the games. But also in the win frequency and risk, they’d like to experience at a certain time too.

Above, we’ve briefly mentioned some of the most popular Play N Go slots. However, it’s worth knowing that their other excellent games in their catalogue. Per example, Wild rails is a very good slot to try because of its unique reels spinning motion. And when it comes to delivering big payday, Rise of Dead is building quite a reputation nowadays.

But the next time you visit one of the Indian online casinos mentioned on indiancasinos.org try to filter the game lobby by providers. This way, you’ll have a better understanding of what they have to offer. Most of their games are not excluded from the wagering requirements of casino bonuses. But there’s an exception, Eye of the Kraken. So keep this in mind if you decide to take their slots for a spin.