When Red Tiger Gaming began its journey in the world of online casinos, players were quick to answer the call of the beast. Indeed, ever since 2014, the studio’s games keep on making new fans. Perhaps this has a lot to do with the fact that industry experts who primarily had experience on the Asian market develop their games.

When Red Tiger Gaming created its first slot, the company had 1 goal in mind. And like many, they wanted to revolutionise the gaming experience of players. But also to enable their staff to make magic happen. And let their imagination run wild too. And it didn’t take long for the company to realise that this strategy was paying off. So, as the studio grew. So did their expertise. And nowadays, Red Tiger Gaming is more than a game developer as you’ll discover below. 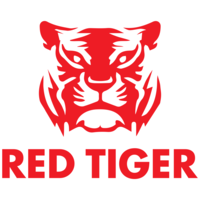 From the moment the company laid its foundation, they wanted to make sure their games were on a robust back office. A powerful engine that was automated, documented and stable too. This way by focussing on its Remote Gaming Server, the company was able to offer players and operators alike a casino bonus tool that was ultra-flexible. And that was also scalable.

2019 was a ground-breaking year for the content creator and distributor. In fact, the company had 2 major events that shook up the online gambling industry.

The first one was the launched of the daily, and now hourly must drop jackpot. The second significant event was the acquisition of the studio by the iGaming giant NetEnt. Which means that now Red Tiger Gaming is a core member of one of the most prominent gambling companies in the world.

What do Indian players love about their game

There’s a lot to love about Red Tiger’s slots. But one of the things Indian players love the most about their games is the multi-tier gameplay they offer. A gameplay that from time to time include achievements that players can complete in multiple sessions. So, their games always deliver new experiences to savvy players.

Many Indian players also like the fact that their slots are very volatile. Plus, they also offer substantial max win as well in terms of base game win. But also because many of their titles offer a random hourly jackpot too. So playing Red Tiger Gaming slots means that you actually have 2 ways to win big, if you’re lucky, that is.

With 100+ slots currently available in their portfolio, players have a lot of games to choose from. But certainly, the most popular one is Jammin’ Jar because this game seems to award more hourly random jackpot than others. And those who love challenges rarely get enough of one session on Pirate’s Plenty video slot. And the sequel game Pirate’s Plenty – battle for gold as well.

It’s also worth knowing that Red Tiger has a couple of table games players can tempt faith on. And they include roulette, 2 variations of blackjack and even Baccarat.

As you can see Red Tiger Gaming has a huge portfolio and can offer hours of fun too.