High sensations are waiting for players deep in the forest in Play’n GO’s Coywolf Cash. The game landed in the lobby of most casinos advertised on indiancasinos.org in January 2020.

To sum up, Coywolf Cash pays tribute to North America’s first nations. This will be evident when loading the game as exquisite wood carvings surround the reels. And the reels themselves boast with carved symbols too. Yet the highest paying ones are the animals (bear, fox, wolverine, eagle, wolf and lynx). Plus, they’re totems symbols in play that also carry good payouts (worth up to 4,000x) as they’ll from time to time modify the reels to add action to the gameplay.

Sure, the green valleys of North America are too far to discover for some. But a virtual trip there is only one click away for everyone who’ll dare to answer the call of the wild.

What’s so special about this video slot: In essence, in Coywolf
Cash, the game studio pioneered a brand new mechanic, wild reels. Now, the savvy readers of indiancasinos.org will say that other slots use wild reels like immortal romance per example. And they’re right to say that. Yet, the mechanic in play in this game works differently than in immortal romance. 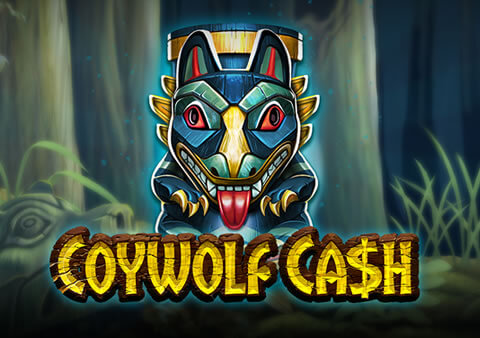 To sum up, the wild reels’ action will start when a mask appears on the reels. When this happens, it’ll open up to reveal a top horizontal reel which includes extra wilds, red X, wild multipliers and more masks (for a second chance at triggering the feature). Any symbols that appear on this reel will impact the play area.

Coywolf Cash the gameplay and core mechanics into more details

To sum up, there 2 symbols to keep an eye out for in Coywolf Cash. First, there’s the blue ceremonial mask which triggers the wild reel feature described above. The ritual mask symbol can only appear on the central reel. And that’s valid for both the main game and the free spins feature.

The second symbol to watch out for is the blue totem as 3 or more award up to 15 free rounds. During the bonus, their big wins up for grabs as wild multipliers (up to 7x) are in play. For more information about the gameplay don’t hesitate to click in the (i) button in the play area. This instantly opens up the paytable where visual aid is available. 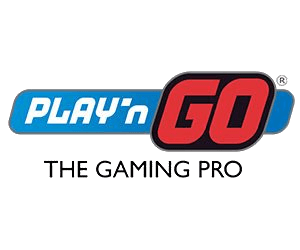 In our opinion, Coywolf Cash set the bar high when it comes to innovation and usability. Indeed, Play’n Go have totally revolutionised game of chances with their take on the wild reels’ feature. A feature which, by the way, is often, triggered in the main game.

Yet, Coywolf Cash also demonstrates a certain level of restraint that only an award-winning game studio like Play’n GO can master. Indeed, they’ve managed to keep things simple enough and engaging. This way even novice casino players can enjoy this slot. So for this reason, we’ve no choice to recommend it to our readers.

However, remember since it’s a very volatile game, it’s best to play it with a casino bonus. And also to start wagering small as it can take your bankroll on a roller-coaster from time to time. But isn’t it why games of chances are so fun?