Isn’t that funny? Just when you thought the only way to rock the reels in online casinos was to turn up the volume to Aaoge Tum Kabhi. The game provider Play’n GO offer you an alternative that rocks even more with the release of Demon and its jukebox feature.

In essence, the new 5 reels, 3 rows and 30 paylines game pays tribute to a British heavy metal band. Indeed, Demon is a legendary group that inspired music icons such as Def Leppard and Iron Maiden. So, if you’re a fan of rock music who likes adrenaline rushes, well the chances are high that this slot will hit the right note for you. Demon is a very volatile game. But it also offers a great max win which could see you winning over ₹17 Million. The slot boasts with features such as multipliers and free spins to name a few. 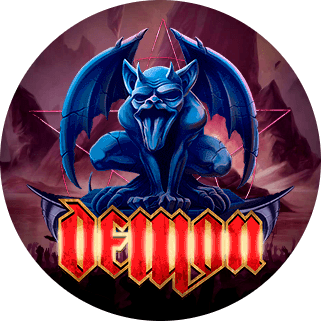 The bonus games in Demon are mostly free spins features. But the main game has a symbol permutation mechanic too. In essence, this game option transforms all singer symbols into wilds when the devil’s head appears on the central reels.

Now, to trigger the standard free spins bonus, you’ll need a combination of 2 different symbols to appear on the reels. So, if 1 gold jewel symbols show up on the first and last reel and the devil’s head appears on the central one. You’ll instantly play 6 free rounds with a random multiplier from 2x and up to 8x. And when it comes to activating the second free spins feature, the Hell Spin, you’ll need the same symbol combination. So, 2 gold annulets (on reel 1 and 5) and a wild (on reel 3) to appear on the grid while the standard free spins bonus is in play.

Play’n GO is certainly one of the most renown game providers in online casinos. In fact, they have 100+ slots under their belts. And Demon is the second instalment of their music series which they’ll certainly continue adding titles too.

Because savvy slot players love to rock high variance games. The first game of Play’n GO’s rock series is Sabaton which pays tribute to a Finnish band. So if you’d prefer a slot with fewer paylines but that still get your feet tapping to the beat of each spin. Well, it’s also worth giving it a spin. But while you there, remember that you could also try both slots with one deposit if you claim a casino bonus to get more money in your casino balance. So waste no time and visit any brands mentioned on indiancasinos.org. It’s time to put some groove into those spins and rock the reel.