To sum up, NetEnt’s newest addition to its progressive jackpot collection is a gem of a game because of its low variance, which means players will win frequently. And also because of the combination of features, it uses which won’t leave players scratching their head to understand the gameplay. And that’s, instead of dreaming of the life-altering win the slot can deliver. But they’re other reasons why we think this slot is good. And below, you’ll discover them. 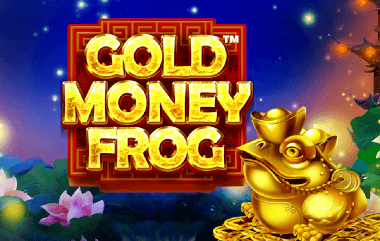 The overall base game of Gold Money Frog video slot is indeed very straightforward. And yet not deprived of thrill. In essence, there 2 symbols players will need to keep an eye on (besides the wild) to win big.

The first one is the Scatter and when only 2 land in view players will collect a small payout. But when 3 or more appear on the grid the game’s magic will get revealed and players will activate between 10 to 30 free rounds with 3x multiplier.

The second symbol you’ll undeniably want to watch out for is the bonus wheel. And so when 3 land in view players will get a stab at winning either the Major, Super or Minor jackpot. Or a coin consolation prize. By default, the jackpot values are worth ₹5,000, ₹50,000 and ₹500,000. But they’re climbing rapidly since 9.8% of the RTP increases the overall prize pool.

All and all, Gold Money Frog video slot is an excellent bet for players who are looking to win life-altering amounts. In fact, the game’s progressive jackpots are sure enticing and will defiantly catch your eye at one point or another. But it’s also worth knowing that overall, the slot’s paytable is very much on the higher end of the spectrum. A great example of that is the wild symbol paid-value which can reward 7,500 coins when 5 align on a payline. Plus, let’s not forget to mention that the Scatter pays up to 400 coins (for a 5-of-a-kind) and reward players with up to 30 free spins as well. Which means that even if you don’t win a jackpot. You still stand a chance to walk away with a good payday if you’re lucky.