For some koi fishes represent fortune, luck, and abundance. So it’s no surprise that NetEnt opted to pay tribute to these mesmerising creatures in Imperial Riches. In fact, Imperial Riches can potentially offer wealth far beyond the player’s imagination since it’s a local progressive jackpot slot. Plus, with this release, NetEnt is transporting players in a beautiful Asian garden where serenity accompany low variance gameplay.

To sum up, Imperial Riches offer 5 jackpots via a multiple tiers bonus game. The slot is well designed. And even if it’s zen in appearance its colourful thanks to the Lili pads that float below the reels. And also because of the red veranda that surrounds the game grid. 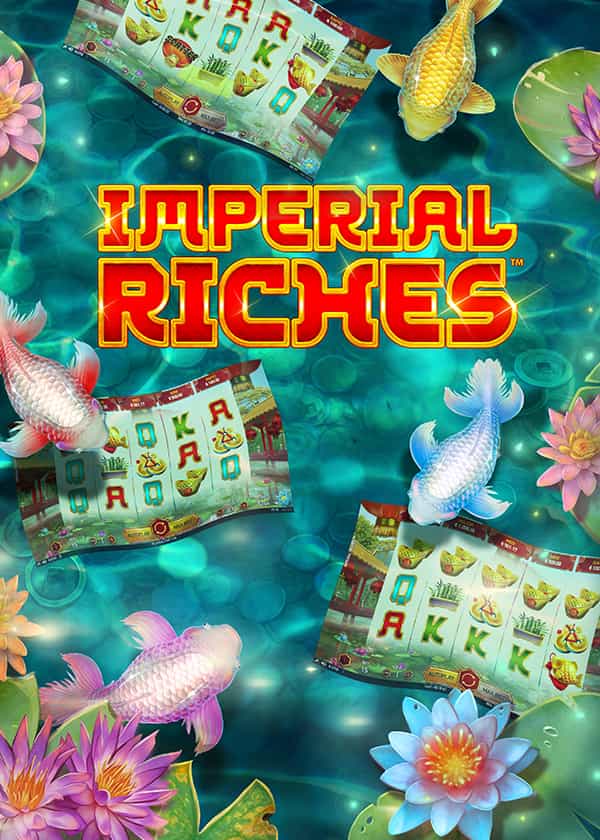 Imperial Riches the gameplay and core mechanics into more details

To sum up, there many reasons why players take this slot for a spin nowadays. In fact, the game is super entertaining not only because of the local progressive jackpot. But also because it’s an avalanche style game, which means that a winning combination always triggers a reel tumble. So in other words, if you win once, you’ll get a second chance at winning for free as new symbols appear on the game interface.

But this slot is also a fun game to play because the free spins feature is generous and initially awards 10 free falls. But it’s possible to win additional free rounds during the game too. And so winning extra rounds means that players have extra possibilities to collect gems symbols and progress on the second and third tier of the feature (the jackpot game).

All and all, Imperial Riches video slot is a well-conceptualised game. And because the slot has multiple tiers, it has a fantastic way to build up anticipation because triggering the free spins does not necessarily mean you’ll get access to the progressive jackpot game.

Now besides the incredibly high prize pool this game offers, it’s also worth pointing out that the high-value symbols (the gold fish and the Chinese hat) pay exceptionally well. But because Imperial Riches video slot is a low variance game you should expect to win more frequently with the low-value symbols. But that’s unless you’re lucky of course.