The alliance between Scientific Games and NextGen saw many hit slot franchises like Foxin’ Twins and Medusa Megaways getting a complete makeover for the benefits of Indian casino players. And now, the latest game to get an exciting revamp is Merlin’s Money Burst.

To sum up, Merlin’s Money Burst puts the iconic magician on centre stage. Yes, the same 3D character that delivered many big wins’ to players all over the world in Merlin’s Million and Merlin’s Magic respins.

But Merlin’s Money Burst video slot takes the landmark franchise to a new level. And it does so with an excellent max win worth up to 10,000x a player’s stake. And also by innovating with a progressive game grid and 60 paylines. Now, everyone agrees that sequel games are fantastic, especially if they stay true to the essence of the original release. And thankfully this one does as you’ll read below.

What’s so special about this video slot: Few novice casino players will know the superbet feature. In essence, this game option allows those who can afford it to tip the odds in their favour. Indeed, with an extra side wager, players can increase the slot’s RTP. But also win bigger multipliers. The first level of the superbet gives 2x multipliers and an RTP of 95.75%. The second level will see players activating win multipliers worth 4x while benefiting from an RTP of 96%. Now, the third, and fourth levels offer RTPs’ of 96.25% and 96.50% respectively. And the multipliers are worth 6x and 8x. The last level of the superbet awards the most significant multiplier 10x and the highest RTP 96.75%.

To sum up, Merlin’s Money Burst video slot banks on 3 money bursting features to engage players. To activate the first one players will need 4 identical symbols on the first 2 reels. Plus, 3 Scatters on the subsequent ones.

In essence, this feature will transform the first 4 symbols into wilds. And Merlin will enchant the reels to add extra wilds too. This feature will remain in play for 10 spins. So it’s the best time to collect big wins when the Merlin wild spin is active. And when the 3D character pops beside the grid.

The second features players can activate is Merlin’s free games. And it always awards 10 free spins with stacked wilds after 3 claw Scatter symbols landed in view.

Finally, the last feature will award 5 re-spins to players with sticky symbols when 4 identical symbols cover the first reels. 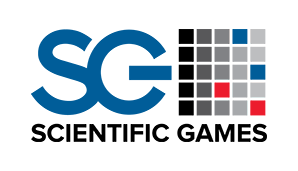 Everyone in the online gambling industry agrees that Merlin’s Money Burst is a terrific addition to the franchise. In fact, this slot has it all. It delivers, non-stop action and the graphics are superb. Plus, it gives maximum control to players over the winning odds and wagers thanks to the superbet mechanic. But more importantly, this game’s max win is worth a staggering 10,000x stake. And it’s rarely excluded from the turnover requirement of casino bonuses. Which means that you can claim one of the many welcome offers advertised on indiancasinos.org and let the magician enchant you if you wish.

Merlin’s Money Burst video slot is a fine example that with time, games only get better. But also that game studios listen to players wish for more action and more big wins too. So give it a spin with a casino bonus, it’s a magical slot, you’ll see.