Rising Royals video slot is a fine example of the craftsmanship Just for the win puts in developing games. Indeed, the graphics of this slot are stunning. And they transport players in the courtyard of the “Roi Soleil” secondary residence, Versailles. And so the game not only pays tribute to one of the most famous kings of all time. But also one of the most visited palaces in France too.

All and all, Rising Royals seem to offer the perfect blend of features to put players in a festive atmosphere. In fact, as snowflakes gently fall over the play area. The reels will, from time to time, inflame themselves to offer great payouts thanks to the sticky win re-spin and symbol upgrade mechanics. So, because the action takes place in 1 play area. The game can award a big win in any spin as you’ll discover below. 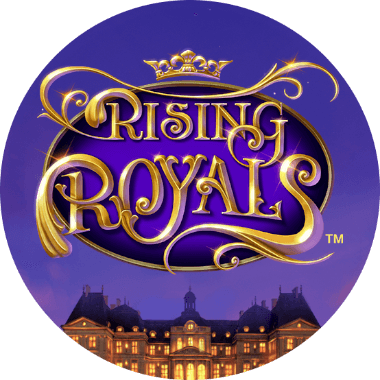 To sum up, Rising Royals is one of those games that offer a lot of spin time with one wager when you’re lucky. In fact, the game’s feature means that every win with a royalty symbol (so a high-value symbol) will give you a re-spin. And this, as the winning combo remains on the game interface.

Another exciting aspect of this slot is the symbol upgrade feature. In fact, as the game awards a re-spin, you’ll notice the tiers of a chandelier light-up on either side of the reels. Once the final level is lighted. All the winning symbols already present on the grid will change for higher-value ones. And that too delivers a lot of excitement as you can imagine. 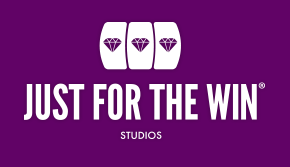 Players may see some similarities between Rising Royals and Tomb of Nefertiti. Indeed, both slots offer a second chance at increasing the value of a payout after a win.

All and all, Rising Royals is a great game to play at the end of a session. Especially if your bankroll is running low. From our experience, the wins are very frequent. So it’s fair to assume it has a high hit frequency even if Just for the Win has not given an exact percentage. But because the paytable isn’t very high players should not expect to win more than 300x bet in a lucky spin.

Still, 300x stake is a considerable win which could indeed keep the fun lasting if you play responsibly. So keep this casino slot in mind if you’re ever in need of a quick payout to get back in the game. This one could give you just that, if you’re lucky that is.