Looting a Paris Museum and pinching the biggest diamond known to man is a task that’s perfect for agent Lisbeth Salander. After all, it’s not Salander’s first heist since Swedish novelist Stig Larsson already told her exploits in his trilogy. Yet, with the release of The Vault, it gives players a chance to see the thief at work. To sum up, the graphics of The Vault are indeed superb. The 3D look they boast makes this game of chances ultra-realist. This game truly plunges players at the heart of the action. And if their mission is successful, they could get their hands on as much as 5,000x their bet.

But besides stellar illustrations that immerse players in a high-tech robbery. There really is more to this slot. Essentially, it’s the first release by Snowborn studio. So, the provider spared no expense to ensure it would make a good first impression.

Frequently asked questions about The Vault

What’s so special about this video slot: In essence, Snowborn studio is a Nordic-based company that’s relatively new to the online gambling industry. Based on their website, they currently have only one more title to their active, Miami Glow. A game that we’ve not managed to track down in any online casinos yet. 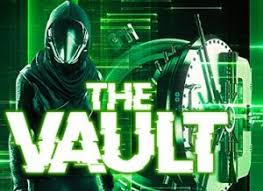 But, of course, it’s possible that very much like many emerging game studios, they too opted to rethink their asset library. And this to exclusively conceptualized games (and cater) for gamblers that play titles on Microgaming’s aggregation platform. To clarify, while The Vault video slot is originally a Snowborn studio creation. The game intro, on the other hand, will quickly let players know that Microgaming propels it.

The Vault the gameplay and core mechanics into more details

In brief, the good thing about The Vault is that players won’t need to wait for 3 Scatters to see some action. In fact, as soon as 2 bonus symbols appear on the grid. The slot will automatically give players a second chance at winning again as winning symbols remain on the grid as they re-spin.

In fact, to activate the 10 free spins, it’s 5 Scatters you’ll need. Sure, it’s considerably more than most slots.

But as always, the gamblers patience will be rewarded as the feature awards 3x multiplier on any wins. Plus, it’s also possible to win extra game rounds in the bonus too. Furthermore, the game may also increase the multiplier value if a 1x symbol appears on the reels. And that’s on top of the central wild reel which players get throughout the feature as well. 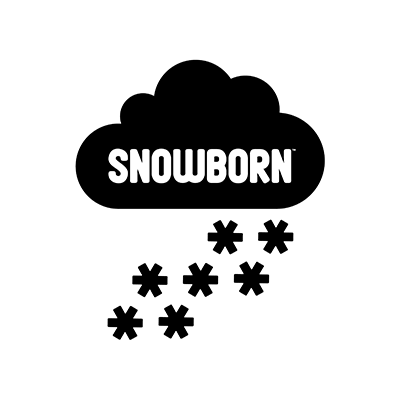 In conclusion, The Vault is a good example of what Snowborn can do. Sure the savviest players may say that this game could still be fined tuned.

For example, the padlock symbols above the reels somewhat give the impression that the HyperSpins feature is in play. This is not the case as players cannot pay a side wager to spin a specific reel of their choosing. But, of course, it’s something that players can overlook.

Nonetheless, when a game offers increasing multipliers and more free spins. In our opinion, it has everything to be a winning recipe. But see for yourself and visit any casinos mentioned on indiancasinos.org. They all offer Microgaming and Snowborn studio titles. So check it out, we think this game has the potential to be a real sensation as it’s playable with a casino bonus. But in the end, it’s your opinion that matters.