One of the more influential heavy metal bands in the world, Twisted Sister, recently got its own video slot adaptation. That fall in line with several previous rock-themed video slot earlier produced by Play’n Go. Yet, by introducing Twisted Sister to the category, the genre just got great. Indeed, the question has been on a lot of rock and video slot lovers, when is Twisted Sister entering the video slot game? Well, finally the wait is over in this 6-reel 6-row cluster pays avalanche styled game. Though, was the effort worth the wait? On that note, we have to say, yes. And not only are the loudspeakers blasting out hit music like we’re not gonna take it, and I wanna rock. But the Twisted Sister video slot also wrecks the reels with a max win of 4500 times your stake. Although, are you going to love it as well?

What’s so special about this video slot: Without a doubt, its the double bonus games, band feature and we’re not gonna take it. By which, works in a similar fashion. Meaning, to trigger any of the above features, you first need to fill the individual meters. The band feature includes such things as symbol swap and added wilds, to mention some of them, while the other feature consists of a multiplier. Explained further in the next topic, core mechanics.

Twisted Sister the gameplay and core mechanics into more details

Let us focus on the band feature, where the goal is to land a winning cluster of 5 band member symbols, which triggers 1 of the 3 features themselves. First, scream, where adjacent symbols to the band members explode and trigger a free fall. Second, unite, all band symbols transformed into the same one. Third and final is, go wild, which changes random or pre-picked band members as a wild. Now, the last feature is, we’re not gonna take it. That gets on its way after 4 wild; angry dad scatters land on the grid.

Consequently, a mega-band symbol 2×2 tiles form moving one step closer to the angry dad scatter one free spin at the time, kicking the dad out of the screen. But also adds a multiplier if additional scatters lands on the reels during the bonus game. The feature ends when no more scatters are left. 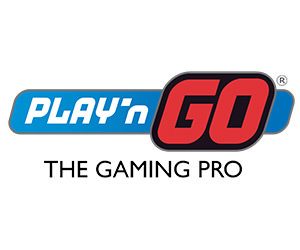 First of all, the look and overall feel directly link to the 80s and the heyday of the band. Although, the real gem of this video slot is the symbol collection core function. Especially with 2 of them present at all times. That works in perfect symbioses and seams to trigger each other, precisely as the story-line develops in the music videos “we’re not gonna take it”, and “I wanna rock.”

All in all, Twisted Sister adds to the genera rock-themed slots, rather than dilute it. And should as such be on your list of favorites if the theme speaks to you. Plus, this adds to the list of rock slots like the NetEnt release Ozzy Osbourne. But also to another similar video slot from Play’n Go like Annihilator and Demon.